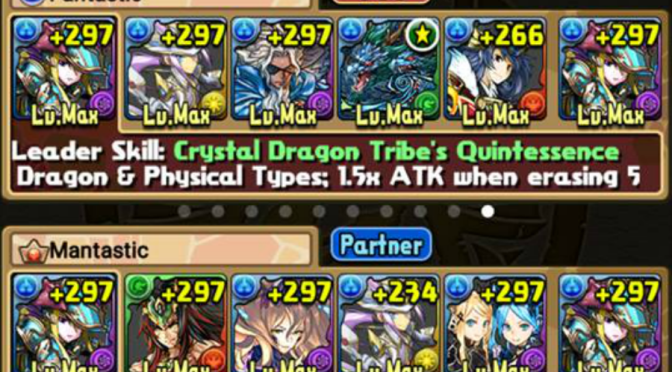 Multiplayer/Coop has been live in NA for a modest period of time now and has given us numerous laughs, heart aches, and frustrations. Puzzle and Dragons was originally a solo game that could be picked up and put down at will. There was less pressure to perform or match quickly and you could even put aside your device mid dungeon and come back at a later time. These features combined with the whole match orb/collect pretty girls/puzzle process medium is probably the reason many of you are playing today. For the most part, PAD has been a solo game with only some interaction between other players. Then came the introduction of Best Friends, Ranking Dungeons, and finally Mutliplayer.

Best Friends gave new meaning to virtual partnerships as it granted players access to numerous benefits and access to more leads for prolonged periods of time. A smashing success overall. On the otherhand, Ranking Dungeons have probably been met with mixed reviews. Granted these are completely optional and only award a one time, varying reward and you do not need to attempt (but should at least for the participation rewards). Introducing the game’s only PvP (player versus player) component can be frustrating, especially given the limitations of the scoring system, but again it is completely optional and does not have too big of an impact in the long run. Another bad side effect is the feeling of not being good enough as you are given a (albeit inaccurate) percentage ranking based on a poorly designed scoring system.

Now we have the Multiplayer feature which has a diverse array of emotions from players of all progression and skill levels. Upon Coop’s initial release, I wrote a nice little post on my initial impressions if you care to take a look. However, after about two months of largely playing with myself, I have a much stronger opinion formulated on multiplayer. As a disclaimer, my alt account, Fantastic, is nearing rank 500 and is quite developed and I am able to form a very powerful Blue Sonia

team between my two accounts. This allows me to excessively play with myself as I always have a partner who is ready to go.

Benefits and Pros of Multiplayer

Puzzle and Dragons can sometimes be a lonely game as the interaction with others is at a relative minimum. Sometimes solitude is great and being able to tune out others can be a blessing, but it is nice to have the option of playing with others. Some of my fondest PAD memories have been forged through multiplayer when we play in the same room across from each other. Multiplayer has greatly increased the fun and social factor of Puzzle and Dragons. I still dream of meeting other PAD players in the wilds of Vancouver, but that may happen as we have reached over 10 million downloads.

Dungeons are easier with two players

Many of the coop dungeons are identical to their solo content forms and when you partner up, you gain access to 4 additional active along with the HP from 4 more monsters. This allows for more diverse team building without sacrificing stats or removing key subs to accommodate dungeon mechanics. Furthermore, skill boost

awakenings are shared by both teams and allows for less stalling. You also can clear binds across teams and can also take advantage of bosses only being able to bind or delay skills on one team and having the other remain usable.

Paying half the stamina to enter a dungeon automatically makes it twice as rewarding in terms of drops, rank experience, and efficiency. This is great as you can not only attempt more difficult dungeons, but you also do not feel as bad when you fail as it did not cost too much stamina. Some people may view this in a negative light as it semi forces players to do coop, but the solo mode stamina has not changed and if you pretend coop did not exist, you are losing nothing.

Countless new dungeons have been released due to multiplayer and who doesn’t love more content or stones to earn? There is not much else to say as these dungeons are optional and offer a new source of fun and challenge.

North America will eventually receive all the future perks of multiplayer that include nearly every dungeon/descend being available in coop, the chance to run hourly dungeons more than once, free MP for playing, shared haste, and reconnection. All on top of half stamina. Again these to do not take away from the solo aspect of PAD, but provide much needed polishing and quality of life adjustments.

Drawback and cons of Multiplayer

This is a serious problem as I have lost countless amounts of stamina from disconnections. From playing with myself with both devices a foot apart and sitting beside my router. Losing due to a disconnection has to be one of the most infuriating aspects in Puzzle and Dragons as you did nothing wrong. I cannot wait until they release the reconnect feature as that would solve this issue (it really shouldn’t be an issue to begin with). 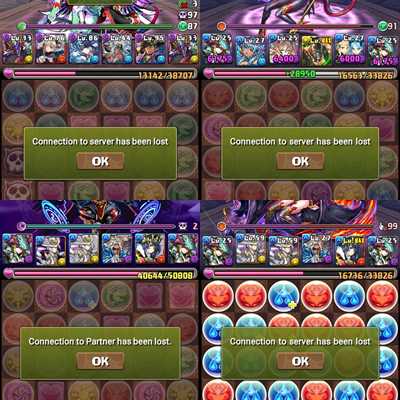 I know this was a source of great anger and frustration amongst the PAD community as the previous challenge dungeons had a mandatory coop requirement. I am all for tackling challenging content with a friend, but please do not force us. In retrospect, this was an unfortunate timing of content being released by GH NA as they are not always able to release content at the same pace as Japan and some things come earlier or later. This should never be an issue moving forward, but I hope they keep mandatory coop a thing from the past. 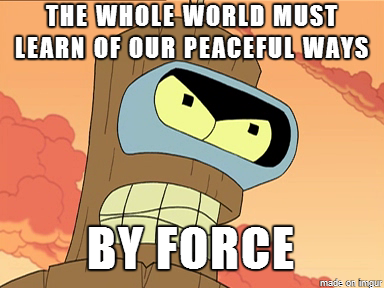 Not everyone is as fortunate as I am in having the ability to play with themselves with two highly developed accounts. It can be challenging to find partners and you require a third-party medium for communication. Maybe you could devise a pattern of “Nices” to use, but that can still be cumbersome. There are various discord channels and Facebook groups that can help you in your search for a partner and may find my Community Page helpful.

Overall, the multiplayer feature breathes a new dimension of fun into Puzzle and Dragons. I am grateful it exists and I look forward to the future perks and correcting its current flaws. I still play a lot of the content solo and I want that to still remain the core part to the game, but it is nice to have a change of pace and mix it up when I want to.

How do you feel about coop in Puzzle and Dragons? Do you love it or hate it? Let me know in the comments below.

19 thoughts on “My Perspective on Multiplayer”