Upon waking up today, thousands of Puzzle and Dragoners were greeted with an additional 80 box space and team cost that came with the 9.4.2 update. In this article, I wish to highlight all the noteworthy changes along with how I feel they will impact our PAD life.

You should always refer to the official patch notes as I may gloss over certain updates etc. This can be found HERE.

9.4.2 comes with new split evolutions for Spica, Mitsunari, and Akechi that better defines them as either leaders or subs.

Unless you love the art work or in desperate need for the sub colour, the Wood/Water Spica

awakenings. Spica may have new found usage (despite the Heart Cross meta) as a sub for Machine Athena

due to her Machine typing. She is also phenomenally pretty.

Mitsunari is an often forgotten card as he struggled to find a team to call home. Even his leader form of Wood/Dark is lackluster due to the active skill clause. Thus, we lose the mask and bring 4 wood row

awakenings with an active that converts the whole board to wood, dark, and heart orbs along with 2 turns of haste on a 13 turn cooldown. This can be useful as either an inherit for mono wood or dark teams or as a stellar sub on wood teams that are row based.

One interesting option for using Mitsunari is on Awoken Liu Bei

teams if you are struggling to farm up numerous Dios

as a Mitsunari + Liu Bei active results in a full board of wood orbs. However, this does take more time due to pressing an additional button and going through the haste animation. Conversely, you can also use Mitsunari as a means to help overcome combo shields with his tri-colour board active.

Akechi is regarded as one of the strongest dark cards in the game due to his overwhelming active that forms dark and heart orbs along with enhancing all dark orbs. This combines two mechanics into one and allowed for spectacular burst damage when used in conjunction with Haku

. In addition, it also means you can save a sub slot as you combine an enhance and orb change. Unfortunately, Akechi’s own base stats and awakenings were lackluster until his new ultimate evolution!

Most players will have already evolved him into his D/D

as he now brings a spectacular 4 dark row

awakenings and 750 base stats. Amusingly, the other Akechi evolution allows him to achieve 64x ATK with a 5o1e and dark+light match. However, this is impractical as your choices of board refreshes are limited and you are almost always better of going with the D/D evolution.

along with Green Odin

received significant upgrades to their leader or active skill. However, I already wrote posts on both those topics which you should read for more information:

The Quest system was for the most part free rewards for longstanding players. This is because they had already cleared all the required content and did leave many players yearning for more. Unfortunately, the Descend Quests may not necessarily offer more to do for more veteran players, but certainly gives newer players something fun to work towards. In addition, the rewards are quite lucrative: 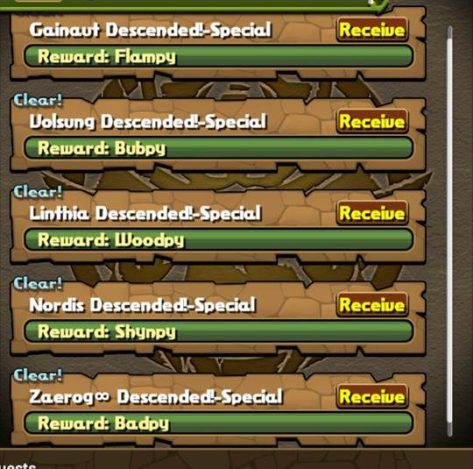 In addition to these one-time rewards, players will be able to permanently unlock various Rushes in Coop/Multiplayer that should award another stone for clearing. You can still purchase these from the coin dungeon and thus able to acquire yet another stone. 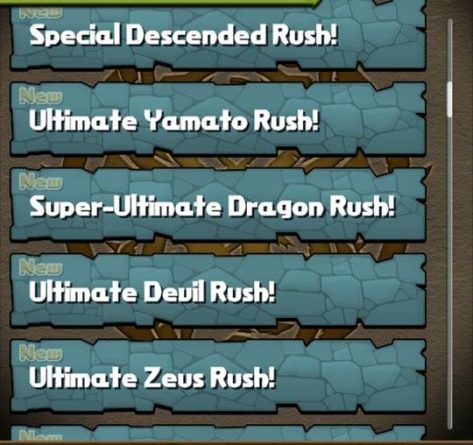 As a small update, quests do not darken once the reward is claimed so it is at least easier to read.

This is perhaps the most exciting change that was made and universally helps all players (RIP 20-box space challengers) as this is equivalent to 16 magic stones and 80 ranks. The additional team cost in conjunction with the team cost badge should allow new players to use any monster they please and team cost should never be an issue again.

For myself, I can now procrastinate selling or fusing for a longer time =)

These are mostly quality of life improvements and are positive overall.

Ultimate Devil Rush has been adjusted. In which way I am not sure….

In other news, the sky is blue.

Tamadra Village – Hunt for Tamadra! is the 99-stamina dungeon and now will guarantee at least 1 adult Tamadra per clear. This means that the worst possible outcome is now 3 babies and 1 adult. In coop, this costs 50 stamina and is at least a bit more appealing to play compared to the other difficulty. I still fuse my baby Tamadras and pray for the awakening as it is more stamina efficient than evolving as you will probably spend more stamina trying to acquire the evo mats compared to simply re-running Tamadra Village.

Your Monster Book will now display the number of cards you have unlocked. To unlock a monster you have to either receive them as a drop or complete the respective evolution and will be fully highlighted. Monsters that you have encountered in dungeons, but not acquired will be visible, but will not be fully lit up.

For players who use their mailbox as additional inventory space, this update will be a blessing as you can now quickly and more easily find the type of mail you are looking for. We still lack an actual search bar (here and for your actual Monster Box), but this is at least a step in the right direction 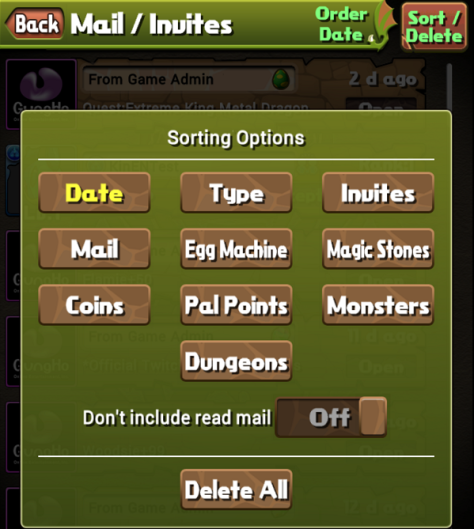 Devolutions are no longer highlighted

Before the 9.4.2 patch, monsters that only had a Devolution available would also be highlighted and would become bothersome for players as irrelevant information was being highlighted. Thankfully, we will now only have monsters that have a ready to use evolution highlighted which significantly improves the quality of life for PAD.

The 9.4.2 patch brought about numerous quality of life improvements along with some highly anticipated evolutions.

What are you most excited about and how do you plan to use your additional 80 box space?