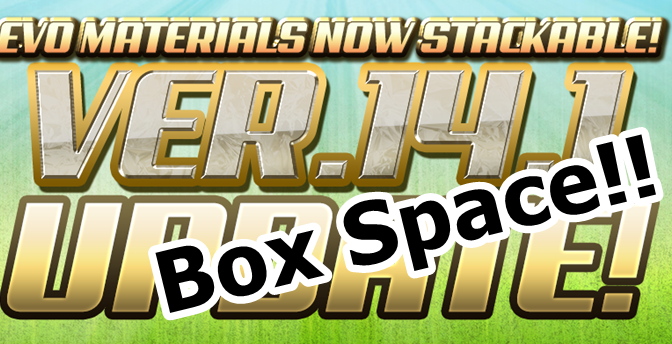 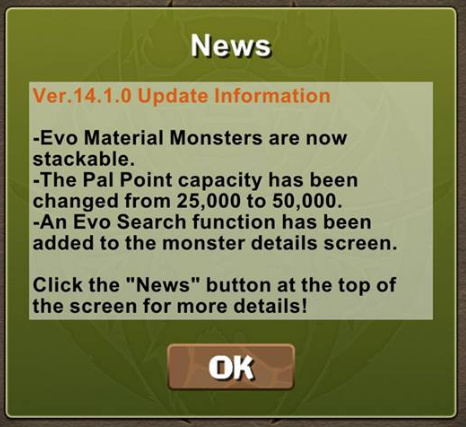 In addition to this, several new evolutions were released along with some other Quality of Life improvements. This article will summarize all the notable changes as well as providing my perspective on how to take full advantage of Version 14.1.

Monster Box space has always been a struggle for Puzzle and Dragon players as it is not intuitive in that things do not stack, especially drops that one tends to hoard such as Pys, Tamadras, and Evolution Materials.

Thankfully, GungHo has been introducing a stacking ability that will now enable NA players to stack their evolution materials. This will greatly free up Box Space and for myself, I gained over 600 overnight due to my tendency to hoard things.

In a future update, Awakening Materials (Tamadras/Latent Tamadras) will become stackable along with a future Plus Egg Bank. More details can be found HERE.

Regardless, players will now be able to farm the Weekday Dungeons to their hearts’ content as their actual box space will not increase unless it is their only copy of that material. This is amazing overall as it will most likely tie players over until the next update so there should be no need to purchase additional Box space in most cases.

Prior to Version 14.1, players may have needed to sell evolution materials to in the interest of Box space; however, there should be no real need to do so as they stack and no longer take up additional space. 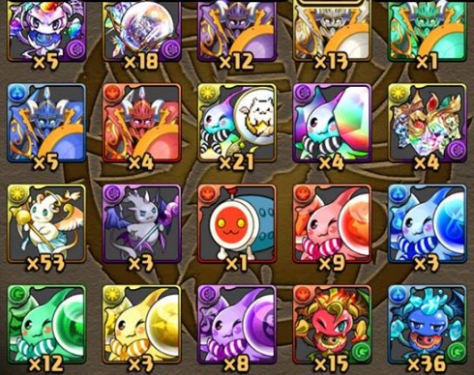 On a side note, I may do a Mail opening stream due to the sudden abundance of Box Space.

The previous Pal Point limit was set at 25,000 (50 rolls) and was for the most part reasonable for the average player; however, there is always a desire to hoard more in anticipation for a more lucrative event. As such, by having the limit increased to 50,000 (100 rolls), players will now be able to better save up and possibly skip lackluster events entirely.

Despite having the limit increased, players should not open their Pal Point mail until an ideal event or if it is about to expire.

The colour resist Latent awakenings will now come in a stronger form (2.5%) that will take up two slots. This is an improvement by 0.5% and while this type of awakening is often lackluster, it has value in certain scenarios.

Most notably, Cheese teams that rely on achieving full damage reduction against a specific colour will now have either more wiggle room for adding different latents or less ideal teams can now achieve closer to 100% reduction.

While Cheese teams are the most common place to use these colour resist latents, they can be used to tank exceptionally large preemptives. This probably has the most application in Alt. Arena against Goemon who hits for a disgusting 145,185 damage. As such, Fire Resist latents will provide more effective health than any other option and having a few may ensure certain teams are able to survive.

This new feature will enable players to see if they own any pieces of a card’s evolution tree. 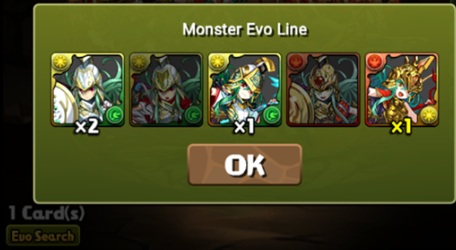 This button can be found in the bottom left corner of a card’s information screen and will show their full evolution tree along with how many of each copy a player owns.

While this may seem strange at first, it can have great value in finding information on a card’s final evolution form and may reduce the need to open a third party database.

For example, Andromeda has a diverse evolution tree and players can preview all of her final forms by simply holding down on an icon. The only downside is this window displayed does not have a line/pathing system to show each route. 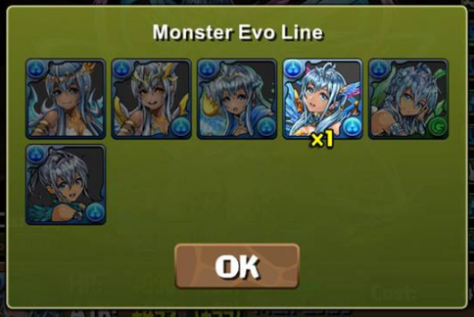 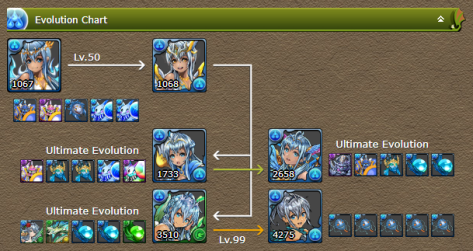 The Monster Exchange system now has various sorting tabs to better find cards along with flashing text if a card is in use on a team. 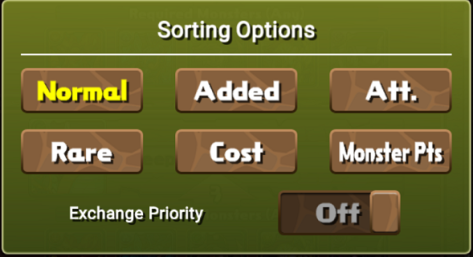 The Hero series has gain new Reincarnated forms that improve their weighted stats along with granting them the ability to Limit Break and gain Super Awakenings.

Overall, the Hero pantheon used to be one of the strongest as mono-colour teams reigned supreme. Unfortunately, the combo meta is now solidified as the strongest option available and while the Hero cards can work, they are often eclipsed by stronger options that have more 7 Combo

With that being said, they can still find some usage under the right circumstances. The main appeal of the Hero Gods will be their active skill that generates their primary colour, hearts, and converts hazards into random colour with the exception of Wukong and Pandroa who provides 1 turn haste.

As a side note, Andromeda becomes incredibly cute.

The Norse Pantheon are now able to provide 2.5x ATK for two colours for three turns. This is a step up from their original 2x. Sadly, the need for three turns of burst is that high along with Gemstones still being the best option for the most part as they provide significantly more burst damage. With that being said, the Norse Gods do provide a turn of haste along with having a 2 turn shorter cooldown.

The Pad Academy event will return on June 4 with buffs to existing cards (Limit Breaking/Super Awakenings), five new cards, and the ability to utilize the Monster Exchange system for the top cards.

This will be covered in a separate article which will be completed some time over the weekend.

Version 14.1 is an amazing update to come to Puzzle and Dragons as it greatly frees up Box space due to the Evolution Material stacking. This wonderful Quality of Life improvement will pave the way for the future Plus Bank and Awakening material update.

Let me know which feature you find most amazing along with how you plan to spend/hoard your Pal Points.