Starting on Wednesday, April 10, North American Players will be given 1 Spring Fest Medal to trade via the Monster Exchange system to acquire one new 7* Godfest Exclusive (GFE). For this event, Wandering Ancient Dragon Knight – Rex

will all be available but only 1 may be acquired via the Spring Fest Medal.

This is quite exciting as players will be able to choose the best card for their Monster Box; however, all three of these new cards will be available in the upcoming Super Godfest. Furthermore, with the inclusion of a special IAP bundle, players are also able to acquire a random 7* GFE.

With this in mind, players who plan on purchasing the IAP bundle or roll in the upcoming Super Godfest should wait to exchange after all has been done. This is to avoid rolling a duplicate after trading as cards tend to have significantly more value if it is the only copy you own.

This article will summarize each card’s strengths and weaknesses to help players determine which is the best GFE to choose.

Starting Wednesday, April 10, players will be able to trade in a free Spring Fest Medal for one of the three new Fest Monsters via the Monster Exchange system. This is a one time trade and cannot be reversed, thus it is best to wait until after rolling in the Super Godfest or if purchasing the special IAP bundle to ensure one does not acquire a dupe card.

Based on the previous event, players should have several weeks to make their decision of which card they wish to trade for.

All three available cards are classified as 7* GFE which means they will be harder to acquire compared to regular 6* GFE. Valkyrie – Ciel

have all received Weapon Assist and it is not a far stretch to say Rex, Sara, and Luna will as well in the future.

With that being said, it is best to pick the card that will best help your Monster Box which will vary based upon your own individual needs.

The following chart and advice are my own opinions and should be taken with a grain of salt and be weighted against your own Monster Box needs and goals.

Read this chart left to right with left being the best for that respective category.

Take these as a general starting point not as absolute truth (especially the Waifu category as robotic dragons may be your thing).

Rex is the most powerful leader of the three due to his 4x HP and relatively ease activation. Due to the fact that he requires an active skill every turn, it is best to use Tardis

as he is both a Dragon and has Team RCV

along with his 1 turn cooldown. The reason why I choose Tardis over double Rex for the active skill clause is that players will only have to dedicate one spot instead of two.

Generally speaking, any leader who requires an active skill each turn will be sacrificing 1/6 of their active skills for the dungeon. While this is somewhat problematic, we now have access to Weapon Assists that provide resistances against various mechanics. As such, players will have to inherit these and those active may not always have synergy with the given team.

Thus, by using Tardis with a Weapon Assist inherit, players are able to utilize various actives on their Rex as his 2 turn cooldown facilitates easy inheritance.

Outside of the active skill clause, Rex has no other activation requirement and is free to combo the board without special patterns or gimmicks. This “pure” combo approach is the easiest to play and heavily favours the 7 Combo

awakening. Thus, Rex’s subs should mostly include 7 Combo Dragons with utility as required.

For the most part, 4x HP enables him to survive any single attack but leaves him vulnerable to the Gravity+Hit combo and healing can become an issue. Thankfully, we are playing in an era where Enhanced Heal Orbs

can solve healing issues. Unfortunately, Dragons lack a strong EHO sub and not all players own Kuroyuri.

Moving beyond his leadership potential, Rex is a potent sub due to his offensive awakenings and 2 turn cooldown. As mentioned above, the 2 turn cooldown enables him to easily inherit an active of your choice which can help address various mechanics and his base skill can be used in an emergency to clear hazards or overwrite time debuffs.

As a whole, Rex is the strongest of the three in terms of in game usability but is not game breaking by any means. He is a solid card but not exceptional nor does he fulfill any particular niche as the best option available. For this reason, more developed boxes may find less value in using him as they simply have stronger cards available. 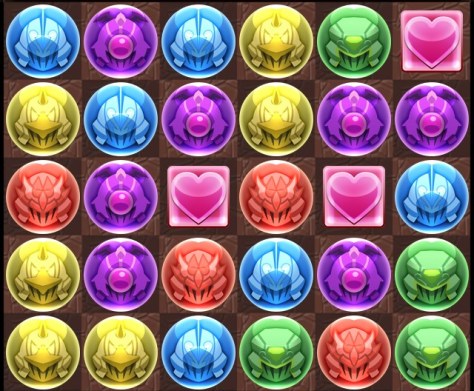 card. VDP cards enable the owning card to ignore/pierce through Void mechanics by forming a 3×3 box of orbs. Doing so will grant the VDP card additional damage and is often vital for bypassing dangerous encounters.

At this point in time, only a few cards such as Suou

surpass Sara under the right conditions. Suou has 3 VDP, Balance typing, and >80%

with VDP(s) gives him one of the highest VDP damage overall.

Unfortunately, Suou is an incredibly rare card whereas Sensui is a 6* Collab card. As such, most players will not have either card and Sara may be their strongest VDP card when facing Dragons or Physical types as her personal damage jumps to 18.75x when facing one of those types.

Having Killers alongside of her VDP grands Sara an additional 3x personal damage but she can further augment her output by Dragon or Physical latents. While she is not the strongest VDP card in the game, she is the second best Fire option (after Suou) and does not require 7 combos to shine.

Beyond her VDP potential, Sara is also able to form a modest team via her 1/182.25/1/43.75% leader skill that has an easy activation requirement.

By today’s standard, 182.25x ATK is reasonable but not game changing and the 43.75% Damage Reduction helps bolster her effective HP while also surviving the Gravity+Hit combo. Thankfully, Sara only requires 4 Fire orbs for full activation which should be doable on most given boards. As such, she will be a reasonably easy leader to use while only requiring Fire cards to function. Unfortunately, her own personal damage is lackluster without a VDP and may struggle to clear harder content when actives/9 Fire orbs are not always available. 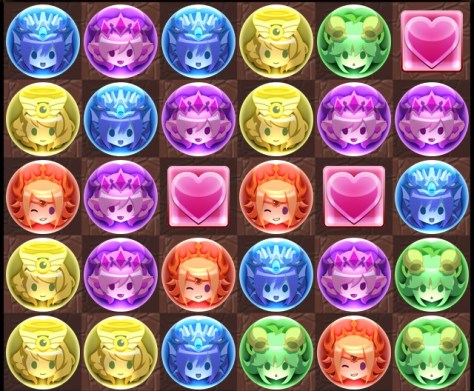 Luna / Hera is the final card of the new GFE trio and comes with the highest Waifu potential but lacks in most other aspects.

This is because her Leader Skill is marred by 64x ATK which will often be too low for more difficult content (think of how 144x is considered “low” and now halve that damage). As such, players will need to look at her sub or inheritance potential.

awakenings which provides her with 8x personal damage when below half health. This makes her shine on low health teams such as Dark Metatron

but Luna would only function as a damage stick as she offers little utility while her active has a longer cooldown and does little overall.

A 15% True Gravity will always deal 15% of an enemy’s maximum health and can be used to actually kill a spawn. Unfortunately, 15% is too small to workable as part of a cheese team as players must use 3 other Gravities to allow the 15% to work and at that point, why not just use two Zeus&Heras (45% Gravity) along with Zeus Verse (35% True Gravity)?

With that being said, I can foresee Luna being used as a niche sub on speed farming teams where her relatively unconditional 8x ATK can blitz through content. 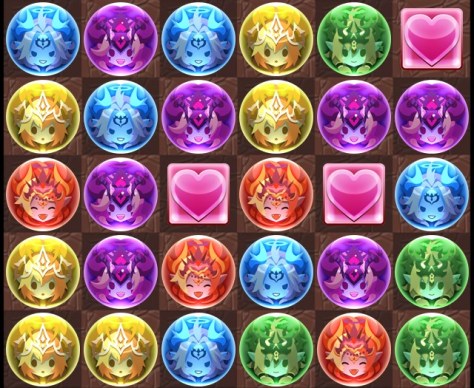 Who I am choosing

For myself and assuming none are acquired via rolling, I would most likely choose Sara for my accounts. This is because I lack a strong Fire VDP option.

Part of this decision is influenced by my reasonably deep Monster Box as I have no need for Rex as a leader. With that being said, this may not be the case for all my readers and I encourage you to choose the card that will benefit you the most.

The Spring Fest Medal enables players to acquire one of the new 7* GFE of their choice. While each one has their own unique strengths and weaknesses, the choice comes down to personal preference that lines up with your PAD goals.

Generally speaking, Rex will help players who have yet to acquire a top tier leader as he has the potential to clear plenty of content whereas Sara can function as a potent VDP option.

Let me know who you plan on choosing and why in the comments below.