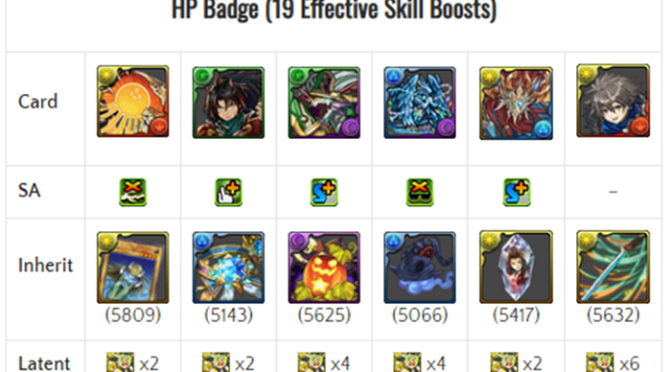 Alt. Arena 3 remains one of the best dungeons to farm on a regular basis due to the Rank EXP, Pys, Killers, and satisfaction of clearing a challenging dungeon in the game.

Despite being in the game for a modest period of time, AA3 can still be unforgiving to an unprepared player as failing to bring a key Resist or flubbing a kill board could result in an unfortunate ending.

With this in mind, I wish to share my new Aten

team who also utilizes a full sub roster of newly evolved cards from the last update. Amusingly these subs worked quite well as I was able to easily address numerous Resists without Weapon Assists along with Aten and Dyer actually being a fantastic pairing.

Both leaders boost the stats of God cards and together, you have a 7×6 board, Auto Follow Up Damage, and high personal damage from your two leaders. Furthermore, Dyer helps overcome Damage Voids through their active which allows you to naturally combo every given board.

With these points in mind, I wish to explore how I built my own team along with addressing the major hurdles that can be found in Alt. Arena 3.

Alt. Arena 3 is currently one of the hardest dungeon available in North America and may push many teams to their limits. As such, it is important to understand the key mechanics that must be addressed.

The following is a brief summary of the notable mechanics in the dungeon. This may not be an exhaustive list for every team but is the checklist I use when team building for this dungeon.

Being able to address each of these options will ensure a much higher clear rate overall. 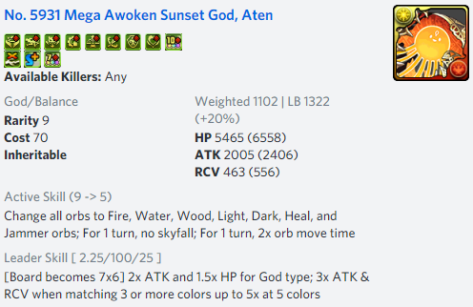 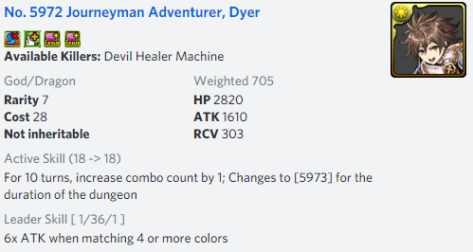 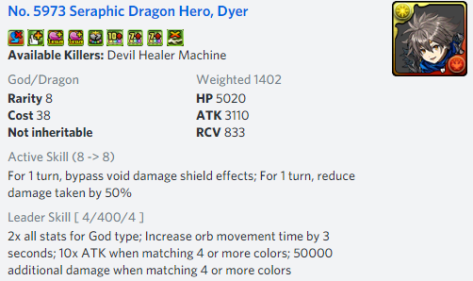 Aten x Dyer are able to form a powerful 7×6 Rainbow team who must utilize God type cards. While any typing restriction can be annoying, there is a still a reasonably deep pool to draw from and damage is rarely an issue due to strong personal damage from both your leaders.

in order to Transform right away. With that being said, for the context of Alt. Arena 3, you can drag out an extra turn on the Masks.

At this point in time, 7×6 paired with Auto Follow Up Attack is a deliciously powerful combination as it ensures you are able to activate on a regular basis along with being able to ignore Resolve spawns as your Auto Follow Up activation is matching 4/5 colours which you will be doing every turn.

For the most part, I feel this pairing is quite consistent and the main hurdles you have to overcome are repeated Void spawns (if lacking other Void Damage Void solutions) along with a possible reliance on a Burst to deal with Yog as both your leaders deal half damage along with his massive HP pool.

Another thing I enjoyed about this pairing is the ability to freely match orbs instead of relying on rows/blobs/3×3 boxes to deal activate your leader skill.

The following is the Aten x Dyer team I was able to make from my Monster Box. It is able to address all of the above mechanics while having sufficient health to survive any preemptive at full HP:

I built this semi-theme team that utilizes new evolutions for all the subs as both a way to showcase them along with them actually being helpful overall. While there is some redundancy with Super Blind

) on the team, there is a certain degree of freedom with inherits and in hindsight, I realized I failed to fully cover Jammers (60%) and Tape

Resist. This can be easily rectified by changing Indra’s inherit to something with Bind Immunity, Tape Resist, or Jammer Resist but would ideally be Light Cecil

. This leaves Tape Resist uncovered but I feel it is not truly needed, especially on 7×6.

as I have had issues one shotting Yog due to his 1.5 Billion HP combined with receiving half damage from Light. As such, the Carat inherit provides a sizable Burst due to the presence of numerous Skill Boosts.

One nice aspect to Aten’s assist is the ability to reduce unable to match orb effects which will counter Hera Nyx but a larger issue of dealing with repeated Void spawns will always be there.

While Dyer can counter this every 8 turns, it also means 8 turns of stalling every floor towards the end of the dungeon which can be tedious. With that being said, there will be a special new Latent Tamadra that grants self Void Damage Void for the owning card when all colours are matched. While this update is still some ways off in the future, it is something to consider for Aten.

In Alt. Arena 3, there is a 25% chance of encountering two Damage Absorption spawns back-to-back and while Durga can be easily stalled out, having a 2 turn counter will hasten clear times. As such, Pixel Sherias

was not included. Remember, this team was partially built using just new cards so there is plenty of room for improvement and modifications.

Aten paired with Dyer is able to create a wonderfully powerful Rainbow team that can use a large number of non-Collab/Seasonal cards due to Super Reincarnated forms usually coming with God type.

While my own team utilized all of the newer evolutions available, there is plenty of room for improvement with the presence of Super Resist greatly freeing up inheritance slots. Furthermore, playing on 7×6 with Auto Follow Up Attack helps trivialize most spawns as they can be simply combo-ed down without needing to blob orbs.

Let me know what you think about Aten x Dyer along with the teams you have built with these two leaders in the comments down below.

On a side note, I am getting closer to my ultimate goal of 400/400 Best Friends but still have space for a few more! If you still have your Token available, leave me your ID and in game name and I will send a request your way =)