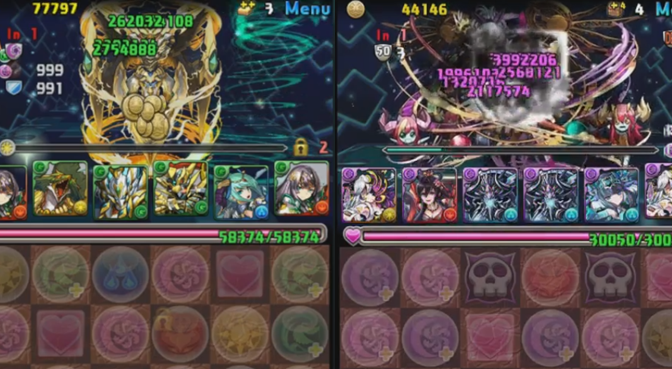 There has been plenty of hype and excitement with the Final Fantasy Collab returning to North America; however, players should also be excited about the introduction of a pure Fixed Team Challenge. This challenge provides players with 5 unique and powerful teams to tackle various descends. All of the teams come hypermaxed (+297 and max skill) so we have the opportunity to play and enjoy compositions we would normally not be able to create. This is also a fantastic opportunity for newer/lower rank accounts

I have compiled all of my clears across my two accounts in solo mode to showcase how these teams play and the general strategies used to overcome the various  hurdles presented in the dungeons.

It was nice how they gave us a nearly 100% farmable team. How do I feel about the poison meta? Hel no.

A strange hybrid of water and light subs. I tended to focus on light matches at the beginning and transition over to water rows for the boss

It was strange playing a colour cross leader. It was also amusing to see an Odin Dragon

and his ridiculous autoheal awakenings. If you are playing this in coop, you can tank the Limit Break enrage hit from the boss and simply go for the one shot on the first turn.

It is somewhat sad how dated Neptune Dragon has become with powercreep as his multiplier is so low considering how many orbs you have to chain together. Hopefully his future evolution will grant him some relevance.

Probably the only time you will ever see a hypermax Sphinx but it was valuable for executing the Tan on the first floor.