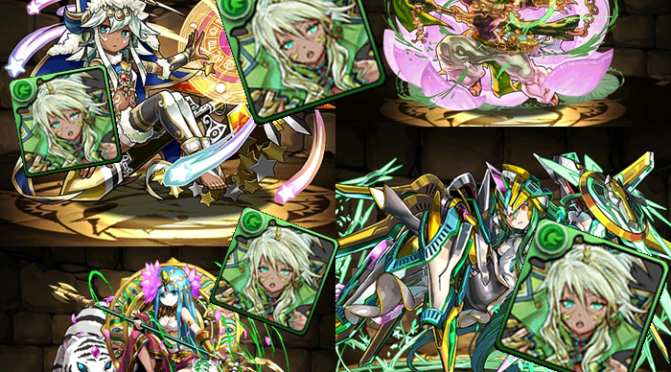 Puzzle and Dragons is one of the oldest and deepest mobile games on the market. Like any game, PAD started out reasonably simple and the main appeal was the orb matching component. As such, the spawns found within dungeons were relatively static in that they only had a health value, defense, and a single attack value.

Of course this could not last as PAD requires new content to keep the game fresh as it is essentially a PvE (Player versus Environment) game and more challenges have to continuously be released.

Over time all Descends began to feature spawns with various abilities that were either triggered by HP thresholds or randomly from a fixed pool. Furthermore, we even began to see Preemptives which meant we had to be ready for anything when advancing through the dungeon.

Eventually we began to see various passive abilities such as temporary shields, Resolve, and Damage Absorption spawns. For the most part, these were all well balanced as there were numerous ways to over come these mechanics and the current health pools/damage output potential from players was kept in balance.

Sadly, there are only so many things designers can design in regards to dungeon mechanics and one of the simplest solutions is to simply increase the values for all given metrics. This is a logical solution and works for the majority of content but has made Damage Absorption impossible to overcome without an active skill.

If I am not mistaken (this was a long, long time ago) Sopdet was the original Damage Absorption spawn that introduced this mechanic to Puzzle and Dragons.

Sopdet features a 200,000 Damage Absorb which seems silly with today’s multipliers, but was actually doable during her reign of terror. This is because leader skills did not jump up to outrageous values along with team compositions featuring a reasonably similar damage output from each card due to a lack of personal damage multipliers (no 7c

As a result, many teams could overcome Sopdet as they could actually control their damage due to smaller multipliers and having conditional activation requirements which further reduced damage output.

With that being said, the main reason why this worked is because the health values for the entire dungeon were not that widely spread (outside of a boss) along with leader skills being just sufficient for those needs. Furthermore, Sopdet’s Absorption level was so low that you are not supposed to fully activate your leader skill, usually just small combo with your primary colour for 2-3 turns would suffice.

By comparison, we can have “low Absorptions” of several million but that means you must fully activate to deal damage which then results in far too much output as leader skills are somewhat inflated in terms of their multipliers in order to actually kill the final floors.

What it comes to Damage Absorption, it was dangerous and possibly confusing at first due to a lack of any information in game but was at least manageable. Sadly, GungHo kept creating more spawns with Damage Absorb but increased the monster’s HP/Absorption values. This climaxed with Arena 3 featuring up to 4 unique spawns with this mechanic. While it was still possible to damage control these encounters, it became quite dicey and potentially infuriating if you repeatedly encountered these spawns. And then around this time frame, Fujin

was released and forever changed the landscape of PAD.

This is because Fujin enabled players to completely ignore/bypass a single turn of Damage Absorb through her active which meant no more struggle/pressure to control your damage. Players rejoiced but it set an unhealthy precedence moving forward as GungHo probably saw a massive spike in rolling for Fujin as she could completely counter the hardest mechanic currently available.

I feel this led to the designers creating a trend of releasing a problem and then creating an active that directly counters it.

If you look at Arena 3, the final floor spawns can have up to 78 million health but I would say the average spawn has around 4-6 million HP. If looking at all the Damage Absorption spawns, they feature 200K (1.9M HP), 300K (3M HP), 1M (9.4M HP), and 2M (39M HP). At the same time, most Leader Skill multipliers were significantly lower while often featuring various conditions/clauses that enabled a certain degree of Damage Control. Furthermore, many teams used a Burst to defeat the final floors as dealing millions of damage was quite difficult.

Fast forward to Alt. Arena 3 where we can encounter two Absorption spawns with much reasonable ratios: 4M Absorb (42M HP) and 5M Absorb (50.7M HP). These numbers do not seem too unrealistic but looking at the final floors (with the exception of Gaslowe), they range from 250M – 1.5B HP with most of these featuring Voids.

Amusingly, the vast majority of teams do not bring a Burst-style active. As a result, players are somewhat expected to hit hundreds of millions worth of damage on a regular basis, often times from only a few particular cards. This is because most teams feature several hard hitting cards (high personal damage) and various utility options which creates a drastic range of damage output per card.

As a result, it is essentially impossible to actually play through AA3 without bring a Fujin-style active because there will be no hope in killing Machine Athena and there is no other solution.

Damage Void is a newer mechanic compared to Absorption and is much better designed overall. Voids function similarly to Absorbs in that players cannot hit above a specific threshold but instead of healing them when overshooting, the damage is simply Voided out.

By not healing the opposing spawn, players do not lose their progress and can grind them down as the Void thresholds are often much higher compared to Absorbs.

awakening which grants the owning card 2.5x personal damage when matching a 3×3 Box but also allows that card to ignore the Damage Void. As a result, these cards can deal their full damage value and utilizing monsters with high personal damage with VDP is a core strategy for most teams.

What makes VDP so much better compared to Fujin is that it is an awakening that triggers from matching a specific pattern of orbs. This means it is possible a natural board can have 9 of their required orbs but more importantly, using board/orb changers can solve this issue. While this is still an active skill, it is a pretty broad category as any orb generator will work.

As a result, players have so much more freedom with how they build their team as orb changers are much easier to incorporate along with having value all the time. Fujin-style actives are only useful against Absorption spawns and have no use otherwise.

In essence, being able to solve various problems via matching orbs will always be a better solution game play-wise compared to using an active to directly counter it.

I feel Damage Absorption spawns will only continue to plague our dungeons as it forces players to acquire specific actives to actually clear the dungeon.

But what really scares me is the Transforming cards who features comically short cooldowns for this effect. At this point in time, Nelle

is able to provide a 6-turn Fujin active along with a double column generator. This is a far cry from Fujin’s 19 turn cooldown with Haste and may lead GungHo into designing dungeons with even more Absorption spawns because we technically have a solution for them via Nelle.

Damage Absorption is the worst designed mechanic that still persist to this day. The main reason for this is tied to the fact that the only way to overcome these spawns is to have a specific active skill. There is no puzzling involved, you just have to own these Damage Absorption Void actives in order to actually clear a dungeon.

I am strongly against having the only solution to a problem tied to specific active skills.

By comparison, Damage Void was wonderfully designed as these spawns can either be grinded down as your progress is not lost or utilizing VDP and matching 3×3 Box of orbs. A problem that can be solved by matching orbs will always be more enjoyable along with feeling fair compared to those that must rely on specific actives to overcome.

Let me know what you think about Damage Absorption in the comments below and whether or not you agree with my point of view.