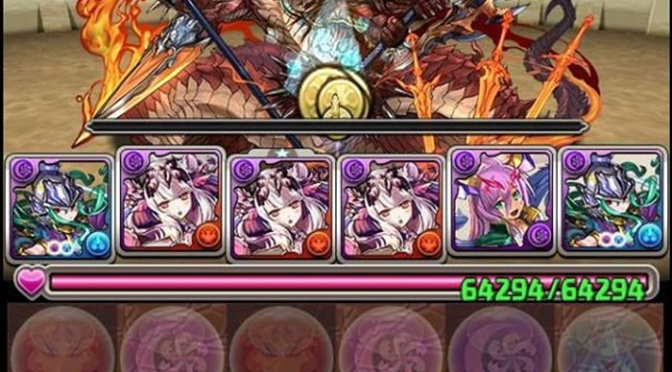 My first clear of Arena 3 occurred in early August 2016 with Myr. Since then, I have used a variety of leaders to tackle what was once the hardest dungeon in the game and I do find it strange that we are still playing the same dungeon 8+ months later.

Perhaps new dungeon content is lacking to help bring everyone back up to speed through Powercreep and flashier leaders, but it can become a bit tedious after hundreds of clears.

While there are countless different leader compositions that can farm Arena 3, I have found the most success in my big three: Myr

This article will examine the state of the game and Powercreep in Arena 3. In addition, I will also be highlighting each team’s strengths and weaknesses when playing through Arena 3.

Arena 3 has been live in NA/EU for well over 8 months and was once the hardest dungeon in the game as it now lags behind Colosseum and the new 3P Coop dungeons. However, Colosseum is rarely played and is mostly a stalling/grindy dungeon while 3P has not come to NA/EU. As such, we are still playing Arena 3 and thankfully it offers some of the best rewards in the game: PreDRA, Killer Latent, Tan, Py, gold, and massive rank experience. However, during the majority of my Arena 3 playtime, it was far less lucrative and almost feels “wasted” compared to how rewarding it has become.

The Killer Latents have become the new “in” thing as it allows teams to better clear Arena 3. This is a strange scenario as you want Killers to better clear Arena 3, but need to clear Arena 3 for them. However, these Killers should be viewed as a luxury, not a mandatory aspect as it simply allows you to deal more damage with less effort (which can speed up clear times and make for lazier comboing). You can perhaps liken this to Skill Delay Resist Farming, it can be done without having 2 SDR on all subs, but it is more challenging (I used Sarasvati

Catch up and Powercreep

I honestly feel that PAD is in a period of “catch-up” for the majority of players as we now have countless tools to tackle Arena 3. New cards and abilities have helped trivialize most of the challenging mechanics and many people are finally getting their first clears these past few weeks with Dark Athena.

. As such, I feel PAD is slowly becoming more of a rolling than playing game as we are simply acquiring new toys to clear what is essentially old content in a more efficient/consistent manner.

I feel that this is unhealthy for the most part as new playable content has been non-existent outside of Colosseum and the actual desire to play dungeons has been lowered since the release of Myr.

Myr is still the best farmable monster to ever be released and it appears that GungHo has reigned in viable farmable cards since. This is a real shame as teams are now almost 100% REM based with only a smattering of Zaerog Infinity

still around. One can argue that the ability to now inherit farmable cards raises their value, but for the most part, they are poverty alternatives to REM inherits.

All of this adds up to a lack of playable content for myself as there is no real motivation to continue to play new descends outside the first time clear as the drops are not meaningful.

With all that being said, I am still optimistic that GungHo will turn this around in the next few months. Puzzle and Dragons has probably the best battle mechanics of any game as the skill cap ceiling is essentially limitless. As such, I do believe that there will be a bigger push towards creating more playable content instead of just rolling cards to make old dungeons easier.

Reflecting on my Big 3

While I have used a variety of leaders to farm Arena 3, I have had the most success and consistency with Myr

The release of Fujin

has completely trivialized Hera Dragon encounters and even though I do not own one myself, pairing with other people has further opened the doors to teams that can clear Arena 3. However, none of my Big 3 are actually reliant on Fujin, it just makes things easier.

With each leader, I will be including my first or second clear with them so things will always looks less polished as I am still learning their capabilities.

Myr was my first to ever clear Arena 3 as I was sorely lacking a high-end leader beforehand. The fact that Myr is farmable and amazingly powerful while retaining a flexible sub pool helped ensure I was able to form a competent team. The following pros and cons takes into consideration today’s current meta.

Myr is still capable of clearing Arena 3 (was able to do so in August, 2016) and was the leader I used for well over 100 clears in 2016. However, I have sidelined her due to the slower playstyle and naturally lower combo count. In all honesty, if two leaders are equally consistent, you will pick the faster one as time is valuable.

One other interesting point to mention is that GungHo has been harshly clamping down on the viability of Heart Crosses if Colosseum is any indication. This is because Heart Crosses have lower damage due to a portion of the board being occupied by 5 heart orbs along with a lower combo count.
—

Meridionalis was the second team that I found the most success with after excessively playing with Myr. Meridionalis is unique in that she possesses a no skyfall clause which leads to both faster clear times and perfect damage control.

Arena 3 is riddled with absorption/damage void encounters and being able to control your damage is invaluable as it will save your active skills and thus raising your consistency. Furthermore, you are able to sweep all the pre-Radar Dragon floors with a single water row (outside wood bosses) which further speeds up your clear times. Finally, with 6.25x RCV, you can always heal back up to full health with a single heart orb combo.

Unfortunately, she is not without fault as her solo gameplay with marred with no SBR

, no HP multiplier, and a vulnerability to binds. This is not to say that she cannot clear Arena 3 in solo mode, but has a much heavier dependency on coop compared to Myr and Dark Athena.

The most appealing aspect of Meridionalis is her perfect damage control and speed in which you can clear content. The no skyfall clause combined with 6.25x RCV also means stalling is a breeze and speedy as you can match 1 combo non-heart orbs for a few turns, then rapidly heal back up afterwards.

Despite the fact that I do own Dark Athena, I have still gone back and used Meridionalis for plenty of content. This is partially due to the fact that I have already mapped out easy clears for Machine Hera and Colosseum and honestly do not feel Dark Athena will clear either in a faster manner. In fact, Meridionalis will be safer in Colosseum due to the fact that she has much better sustain and can heal without dealing damage or being dependent on dark and water orbs.
—

Dark Athena is a living embodiment of Powercreep. She combines both easy activation, amazing burst damage, innate tankiness, and bind immunity all into one amazing leader. Despite the fact that an optimal team exists, she is can still crush content with less than perfect subs/inherits.

Ideal/optimal teams exist because they offer the most consistent way to clear a particular dungeon. It does not mean it is the only way.

For myself, I have a surprisingly strong team for Dark Athena as I have never really had any truly meta/top tier teams before (excluding Myr) and it felt good to crush what was once challenging content.

In fact, I took a brief 12 minute break and cleared another solo Arena 3 and easily danced around Hephaestus Dragon. If this does not say Powercreep, I don’t know what does.

Dark Athena is easily my strongest solo leaders for Arena 3 and barring no water skyfalls on floor 1, the fastest of my Big 3. She is the least orb hungry as 3 water and 3 dark with 7 combos kills most things. Conversely, you can be lazier and TPA dark with a water combo and kill almost every floor when you also factor in Killer latents.

However, all of this does come with some minor downsides. First off, Dark Athena’s RCV is conditional on matching water and dark orbs. This means you will be dealing damage whenever you try and heal. This can lead to problematic stalling scenarios, but the best way to manage this is to abuse your high HP pool. You simply tank hits until you need to heal, then you go for the kill and sweep the floor. While this may only yield 3 turns of stalling, it is better than none and does at least give you a chance to set up the board.

In addition to less than ideal stalling, Dark Athena has issues with orb movement time. While some players may scream “Player Skill Issue” it is not always feasible to match 7+ combos with 5.5 seconds of movement time. This does take some time getting used to, but hitting 7+ combos is not even needed for the first 19 floors outside of the Tans.
—

Arena 3 is slowly being Powerceeped into a easily farmable dungeon due to newer and flashier cards that negate most of the dangerous mechanics. This is great for players trying to play catch-up as they can now experience what is still end game content, but does leave some veteran players yearning for more.

My hope is that GungHo begins to once again push out challenging content to play through (3P coop?) as I feel PAD is a bit of a standstill as we are simply gaining new toys to farm old content more efficiently.

What do you think about the state of the game and the current position Arena 3 is in.

20 thoughts on “Powercreep and Arena 3”