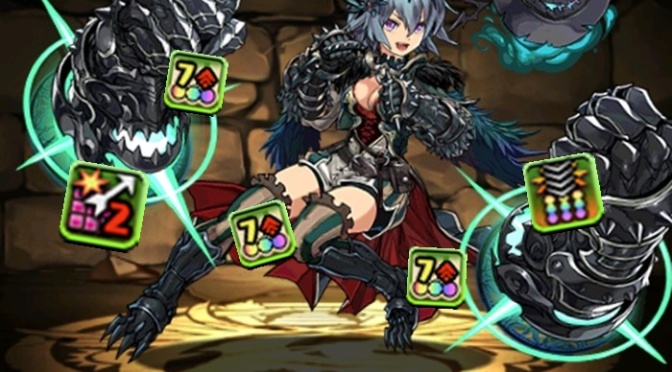 (SFUA) has been in the game for quite some time now and was mostly a meme/joke upon the initial release. This is because it provided 2 pings of FUA damage but required 9 Heart orbs in a 3×3 Box. The initial thought process was that it could enable Row-based teams to still achieve a horizontal match, but Rows never took off and the higher orb count made it impractical compared to a regular Follow Up Attack

, the ability to provide 2x ATK for the owning card, and Zela

Super Follow Up Attack requires a 3×3 Box of Heart orbs to activate and will provide the owning card 2x ATK along with 2 damage of follow up pings. The primary use is for dealing with resolve spawns but will almost always require an active skill to work.

As a result, a regular column of Hearts for a regular FUA is preferred as it will often be available from a given board and is easier to match along with giving more space for combos.

For myself, I have only used it in Ranking Dungeons and some farming set ups (full board hearts + double row maker) but may actually find merit after rolling two Zelas

Zela is arguably the strongest sub in a vacuum (ignoring leader options and just focusing on her abilities) due to her high weighted stats, high personal damage, FUA, VDP

Unfortunately, her main crux was lacking an ideal home to use her on, but with the Shaman King Collab

,  and strong likelihood of Hello Kitty, Zela will have three solid teams to be used on.

grants her 8x personal damage while also being able to use a VDP for a total of 20x ATK. This is pretty amazing and is one reason why dupe Zelas are often used on Wood teams but the real edge is her active and ability to inherit a SFUA.

Zela’s active produces a board of Wood and Hearts along with +2 Combo count which can easily solve many problems but having to FUA alongside a VDP on a bicolour board is doable, but using SFUA is cleaner as it has a wider margin of acceptable board distributions. FUA + VDP requires exactly 12 or 13 Hearts orbs to succeed whereas SFUA can have 12-18.

At this point in time, many end game spawns feature Void + Resolve and having the ability to overcome this is invaluable. Thus, using Zela + a SFUA Weapon Assist can act as a wonderful solution.

A 12-18 distribution of Hearts after a Zela active results in 5 combos with VDP + SFUA but has the combo count boosted to 7 via the +2 by Zela and another +2 if using dual Zela Kittys as leaders. Either way, the 7 Combo is achieved by Zela for personal 40x ATK (three 7c, VDP, SFUA) for Zela with a SFUA Weapon Assist. This will most likely obliterate any spawn without a supplemental burst and conserving actives is key in end game content.

Taking this one step further is using Yoh’s Weapon Assist

as it provides SFUA along with 20% Jammer

and using two Yoh Weapons provides 40% against all three which can be topped off with a 60% from Monster Hunter.

In the context of Arena 5, players can have 100% resistance against Blinds, Jammers, and 40% Poison through 4 assists. This leaves two slots open for Jammer Skyfalls and Fujin

which will counter essentially all of the major mechanics for the dungeon. Furthermore, Resolve + Void spawns are now trivialized.

Super Follow Up Attack will begin to see more merit as Zela finds more teams to be used on and can also be applied to other teams that can activate from a bicolour with Hearts.

Let me know what you think about Super Follow Up Attacks along with how you plan to use them moving forward.

21 thoughts on “A Closer Look: Super Follow Up Attack and Zela”