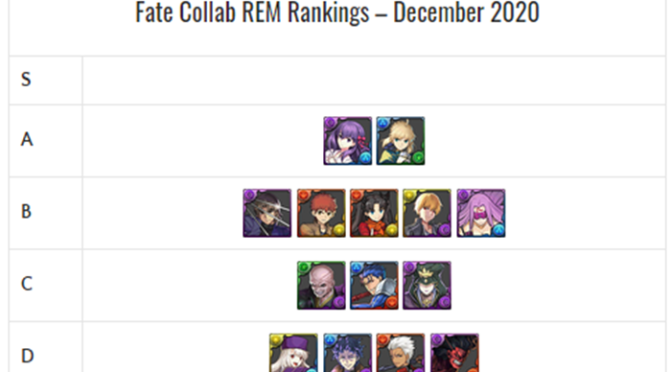 Sadly, this is one of the worst events to date as there is relatively little value across all rarities with one of the best cards featured not being available via the Monster Exchange system. As such, I feel that this is an event players should heavily consider skipping as the odds of actually rolling something of value is quite low.

Regardless of this, this article will outline the pros and cons for each card to give players a better understanding of what to expect in the Fate Collab Rare Egg Machine.

END_OF_DOCUMENT_TOKEN_TO_BE_REPLACED 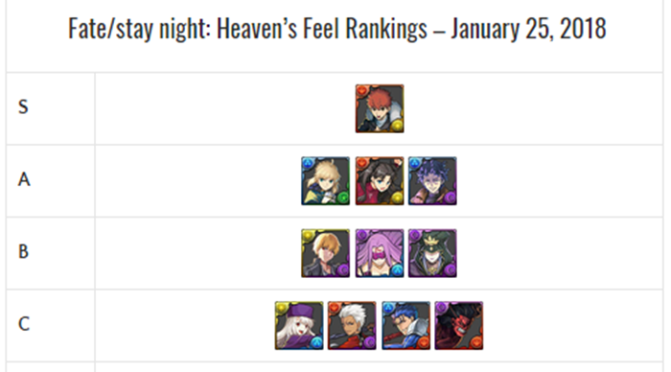 The Fate/stay night: [Heaven’s Feel] Collab is another 6-Magic Stone event that features powerful cards along with NA receiving all of the buffs JP had to wait for immediately. This gives them significantly more power right out of gate and is a tempting event to roll in. Unfortunately, the 6-star cards (highest rarity) each have a 2.5% chance of being rolled (10% chance total) along with requiring 5 trade fodder to acquire.

Another potential hurdle for rolling in this event is the simultaneous release of a potent Super Godfest. Regardless, the decision of whether or not to roll comes down to your own individual Monster Box needs.

This article will summarize each card’s strengths and weaknesses to provide a better idea of what to expect in this event. On a side note, the farmables available in this event are quite powerful and are worth acquiring.

END_OF_DOCUMENT_TOKEN_TO_BE_REPLACED 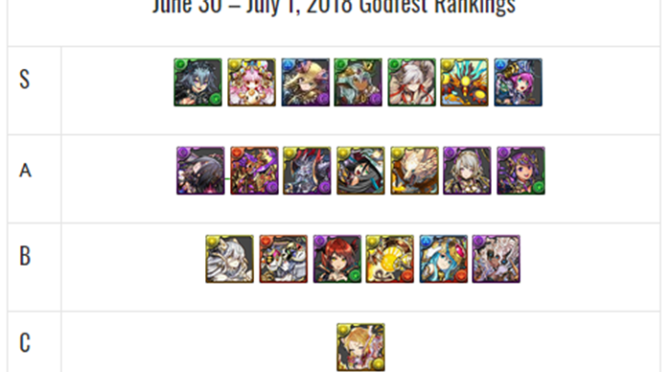 Saturday marks the return of our bi-monthly Godfests and features absolutely nothing interesting this time around. This is because it is just a standard Godfest with an average line up and no boosted rates/additional cards being available.

With that being said, it is a pretty good event to skip in order to save your Magic Stones for a more lucrative event as there is speculation (nothing confirmed) that NA will be receiving a Super Godfest in the near future along with the release of a new 7* GFE.

On the other hand, both Red and Blue Odin received Mega Awoken evolutions that dramatically improve their viability. In addition to the regular Godfest review, this article will be touching upon the Odins to help you better understand them along with possibly changing your mind about using them as Monster Exchange fodder.

On a side note, Ameno

have been absent for the second time in a row. END_OF_DOCUMENT_TOKEN_TO_BE_REPLACED