The Sin Dragon and Key Heroes event features powerful Weapon Assists that can be farmed by repeatedly playing the event dungeon over and over again.

For myself, I have decided to use my Fantastic account to self coop as I already had the entire team made along with it being easy to use and low investment.

If you are wondering why farming these Shards is important or which Keys to pursue, please check out my Sacred and Cursed Key Guide HERE.

END_OF_DOCUMENT_TOKEN_TO_BE_REPLACED

I have finally been converted over to the dark side: I own Awoken Liu Bei

on both accounts. Puzzle and Buttons is a strange concept for me as I have only seldom used my old Australis

paired with Liu Bei team despite having 3 max skilled Dios

. However, now that I have the strongest leader in coop, I took the time to browse the ALB Discord Server for team building inspiration.

The ALB Discord server has sample team builds for every dungeon imaginable along with strategy and step-by-step instructions. It is also a way to connect with other Awoken Liu Bei users and I highly encourage you to take a look.

team (full breakdown can be found HERE). Outside of speed, Liu Bei teams rarely induce mental fatigue as they are so straight forward and is a significant boon when playing a dungeon over and over again.

My team is quite similar to the Discord team, but these should be used as a template as you may be missing a few of the key cards to success. Lacking the template team is sometimes a nice thing as it requires you to theory craft your own team and it did take me around an hour to commit to this team. Being able to solve these types of puzzles and using the cards you have been dealt is one of the aspects of PAD I do enjoy.

The strategy I use is to one shot Zaerog Infinity through his 75% damage reduction shield. This is done via a damage enhance, a full board enhance, and Dragon

END_OF_DOCUMENT_TOKEN_TO_BE_REPLACED

With 2017 in full swing, you should make it your New Years Resolution to acquire all the beneficial farmable monsters in Puzzle and Dragons. What will be most helpful will vary from box to box, but you should at least pursue most/all of the listed cards because they are always available and have varying degrees of value.If you feel I have missed anything out, please let me know in the comments below.

These are who I consider to be the most vital farmable monsters moving forward into 2017 for Puzzle and Dragons in no particular order:

Rogue Descends are the purple/pink dungeons that have a leveling up mechanic. This means your monsters start at level 1 and gain experience as you progress through the dungeon based on their team cost. These tend to be challenging dungeons with the bosses having difficult evolution paths and a lengthy skill up process; however, they have varying degrees of usage and have become easier to acquire due to stronger teams/leaders.

END_OF_DOCUMENT_TOKEN_TO_BE_REPLACED 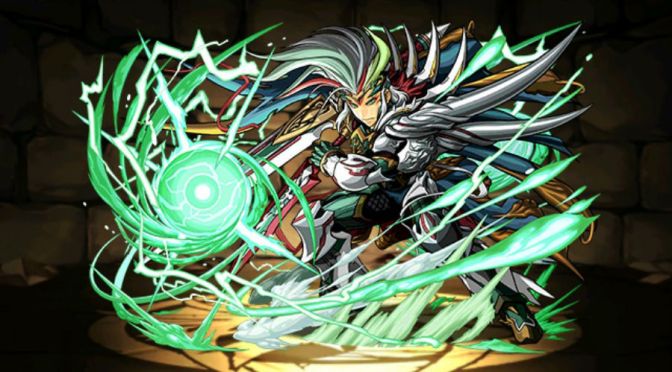 has been released in North America and has caused quite the storm with his arrival. However, his true power is not as apparent as other top tier leaders and I want to explore why Liu Bei is relevant and how you go about making a successful team for him.

Liu Bei at a glance

Awoken Liu Bei would normally be a lackluster leader due to the active clause for additional healing and recovery. Granted you would probably be needing an active to match 9 wood orbs, but we have seen from before that skill delays (or in the case of skill binds due to no SBR

) can ruin these types of leaders. However, with the introduction of coop, we now have the actives from 10 different monsters as well as their awakenings. As such, Awoken Liu Bei teams are able to form a push button team to farm some of the most challenging content available.

END_OF_DOCUMENT_TOKEN_TO_BE_REPLACED 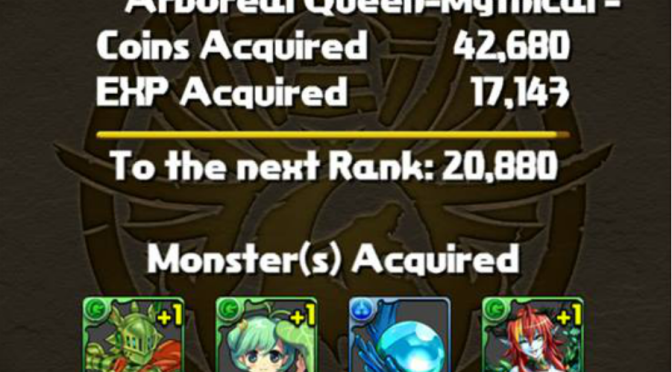 system team. I sadly lack a Liu Bei on Mantastic so my motivation has been very low in farming for the numerous skilled Zeus-Dios as I will be unable to effectively coop with myself. Regardless, enjoy my Farmable Scarlet

I will be making a follow up post as to why there has been such hype around Liu Bei / Zeus-Dios system teams. For now, I continue to play with myself using my Scarlet System.